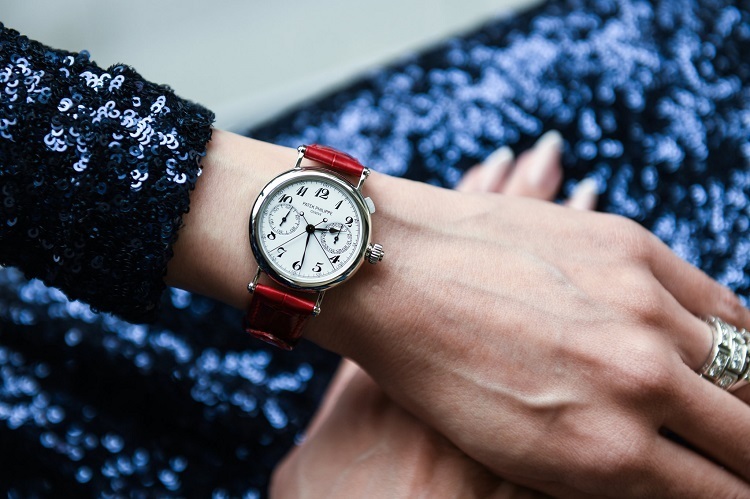 Breitling watches have been around since 1884 and are among the last of the Swiss masters of watchmaking who still remain independent. The company has had a long and proud association with aviation, and this is indicated by the outstretched wings on their logo.

As a watchmaker, Breitling’s primary focus has been on chronograph complication, which they incorporate into every watch they make. The modern chronograph was invented by the company in 1915, and they later perfected it in 1923 by separating the stop-start function from the resetting function. 1969 heralded the first self-winding chronograph function in the industry, and it was produced by Breitling.

The large faces and easy-to-read dials of the watches have played a small part in making these watches an aviator’s best friend. Commercial aviation today has been redefined with the accurate and reliable instruments produced by this Swiss watchmaker.

To ensure their reputation for precision and clarity, Breitling produces all their chronograph movements themselves, and ensure that only Swiss components are used in their watches.

But these watches aren’t all about their functions. Their enduring style, near indestructibility and high-profile partnerships with modern aviators, the RAF, and Bentley has turned them into more than just timepieces. Breitling watchesare a statement of adventure, the human spirit, and a class of men who are a cut above the rest.

A number of celebrities have been spotted sporting a Breitling- here’s a look at some of them.

This famous Hollywood actor (of Saturday Night Fever and Grease fame) is more than his profession. A certified pilot, he has been an aviation aficionado for a very long time. Naturally, his preferred watchmaker is Breitling, and he has also been their brand ambassador for nearly a decade.

Travolta’s favourite series is the Navitimer, one of Breitling’s most legendary watches. With dials that measure between 43-48mm, these watches are large enough to be easily read by pilots. More importantly, the watch is famous for the aviation slide rule that make mid-air calculations a breeze.

After a celebrated 20-year career in football, David Beckham continues to draw attention, no matter where he goes. Today, he is as popular as he ever was, and known to be a fashion icon. His many endorsement deals have made him one of the most recognized figures in modern media.

In 2012, Breitling announced Beckham as the face of their campaign for the Transocean Chronograph Unitime. This watch, with its world time chronograph that indicates time over all 24 time-zones, reinstated Breitling as masters in the field.

According to Beckham, “as a company they create not only the highest-performance watches but also timeless designs that have inspired generations”. Small wonder then that a year later, he was endorsing Breitling’s line for Bentley.

British-American musician and guitarist Slash is best-known for being the former lead guitarist of the hard rock band Guns n’ Roses. Inducted into the Rock and Roll Hall of Fame in 2012, he is one of the most recognisable guitarists in the world today.

He’s been spotted wearing the Breitling Chronomat at various performances, chosen surely for its durability and style that matches Slash’s incomparable solos and dedication to his music.

Bear Grylls, the British adventurer best known for his TV series Man VS. Wild, climbed Everest in 1997. A man who is used to putting his life in danger with alarming regularity, Grylls has had to improvise his own rescues more often than not.

Keeping Grylls company on all his adventures is his Breitling Emergency watch that has a dual frequency locator- the world’s first. “It’s quite nice because if you get into trouble you can pull a cord and it sends a distress signal”, says Gryllsmildly.

With a rechargeable battery and integrated antenna system, the watch is the perfect survival system for pilots and other adventurers who might need a rescue.

From the Titanic to The Wolf of Wall Street, Leonardo DiCaprio is among the best of Hollywood’s actors today. He is also a dedicated environmental activist and a philanthropist in addition to being a fantastic actor.

Spotted on his wrist in the highly acclaimed movie, Blood Diamond, is the Breitling Chrono Avenger, the Swiss military chronograph. This particular watch is all substance, just like Dicaprio. It has a self-winding chronograph and a conversion scale for Anglo-Saxon and metric movements.

It is reliable, efficient, and effective, just like the actor who wears it.

The fact that Breitling pieces are worn by the best men in their respective fields sends a clear message. Breitling watches are the stuff of legends.

Is it possible for birthday cakes in Ludhiana?

Get the holiday ornaments you want for this year