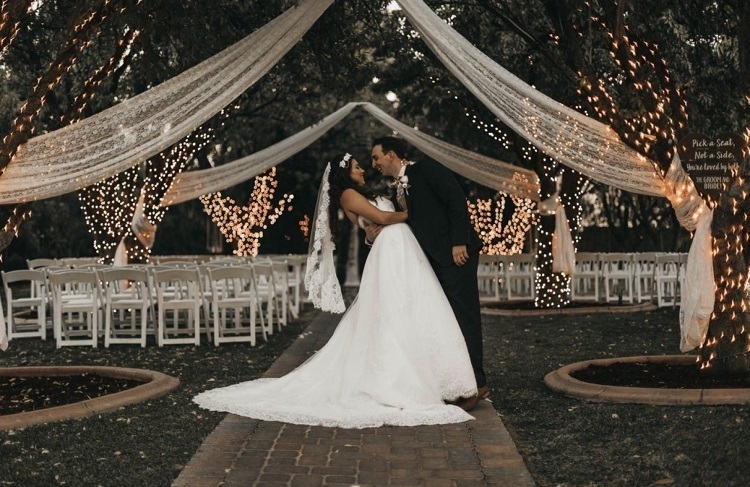 Most people have an idea of their dream wedding in their heads. For some, it germinates from when they were a child (although the chances of getting *NSYNC to perform these days are probably pretty remote) while for others, it’s a ceremony filled with symbolism for the bride and groom.

What often prevents the dream wedding happening in its entirety is finances. Funding a wedding is a very expensive business, especially if you want an unbeatable location, great food, a stunning dress, and brilliant entertainment.

You might, therefore, think that, short of winning the lottery, your dream wedding is unachievable. Well, we’re here to tell you that it doesn’t have to be! There are several ways in which you can find or raise the money needed to make the best day of your life live up to even the loftiest of expectations.

Here are five ways to afford your dream wedding.

Get a second job

A second job – or ‘side hustle’ as they are affectionately becoming known – isn’t as uncommon as you might think. In fact, a report last year suggested that 37 percent of Americans have a side hustle which helps to top up their income.

There are plenty of second jobs that you can take on to boost your wedding fund. Working in a bar a few evenings a week or at the weekend, offering your babysitting services or even working as a pizza delivery driver can help. They might not be the most glamorous of jobs, but will you really care when your wedding is that much better because you were willing to put in the hard work in the run-up?

Alternatively, you might be able to use your existing skills away from the workplace. If you are a copywriter, then you could take on additional freelance writing jobs of a weekend to boost your income.

Whatever second job you decide to take, ensure that the wages from it are going straight into your wedding fund. There’s no point delivering food around dodgy neighborhoods to fund your dream wedding if you then end up spending the money earned elsewhere.

Cut back on expenses

How much money do you think you waste per month on luxuries that you could live without? Earning more money increases the funds available to you and spending less will also do the same – and it’s surprisingly easy to find areas in which you can scrimp.

Pay $9.99 per month to use Spotify Premium? Cancel it and try listening to music on YouTube instead. Got a Netflix account? Get rid and go back to the 2000s by making do with television. Forking out for an expensive gym membership just to use a running machine? Try running around your local park for free.

None of these might sound like big savings, but if you cut back on everything that you don’t actually need in your life, then you will soon find yourself saving a pretty significant amount of money per month.

How much unnecessary spending is hard-wired into you purely out of habit? You’d be surprised. If you start every day with the same coffee from the same coffee shop, then surveys suggest you are forking out in the region of $20 per week on a drink you could make for significantly less in the comfort of your own kitchen.

Or how about your lunch? One survey suggested that American’s spend an average of $3,000 per year buying lunch out. If you always visit that sandwich bar just down the street from the office for one of the nation’s favorite sandwiches without a second thought, then you are quite literally eating away money that could be saved just by taking five minutes to make your lunch at home.

These aren’t unnecessary expenses in the same way that Spotify or Netflix is – we’re just so used to living off coffee and lunch out that we don’t realize how much money we could save by changing our habits. That’s money that could be put towards the dream wedding.

Take out a loan

Earning more and spending less can get you a long way when it comes to saving for your wedding, but if you want it to be truly special, then you can also consider taking out a loan. It’s a day that will (hopefully) only happen once in your lifetime and borrowing money to make it exactly how you want it is therefore justified.

You just need to be sure you have the means to pay it back as the last thing you want is to be starting married life with a high debt hanging over your head. While banks are still wary about who they lend to; loans are easier to secure than you might think – especially if you opt for one that is based on income and has no credit check. For more information on this type of loan, click to read on.

The chances are that the big, expensive things that you want for your wedding are those that you can’t do for yourself. We’re talking the dress, the venue, the entertainment. Unless you’re a seamstress, own a beautiful house in the countryside or play in a really good band, those are areas you are going to have to fork out on.

You can divert more money to those though by taking on the lesser jobs yourself. By making your own invitations and designing your own decorations, you can knock a significant amount of expenditure off and use it instead for the stuff that really does make a dream wedding.

Being thrifty in some areas which won’t have a detrimental effect on the day – who cares about the invitations, after all – can allow you to spend big on the items and moments that will be truly remembered.

The Positives of Having an Event Planner

Have A Memorable Time at Your Wedding – Choose Cater Tampa

How to Make Your Wedding Reception Truly Memorable